A Wall from the past sparks a public dialogue about restoring the covered rivers and exposing them to the Earth’s surface, a process known as “daylighting”. Their water has silently been flowing through the urban landscape for years, connecting past and future. The film records an exploration mission. It depicts stories about the collective efforts of citizens to preserve and give prominence to the remaining natural rivers in Attica, revealing our future heritage. 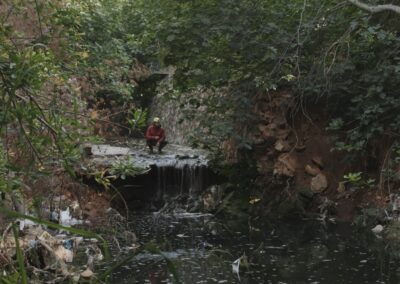 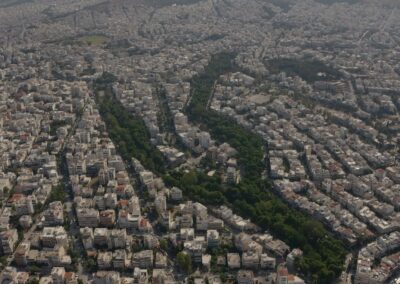 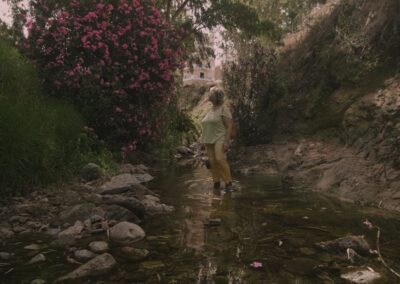 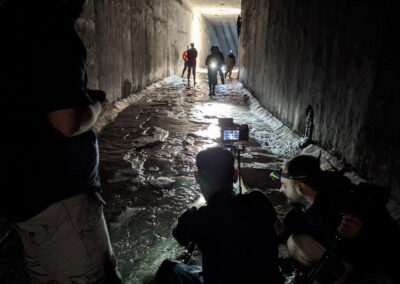 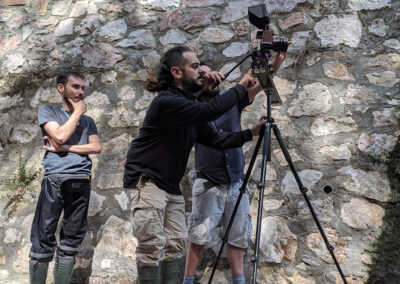 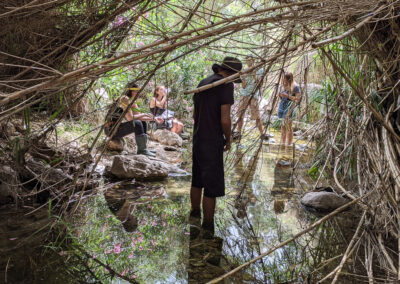 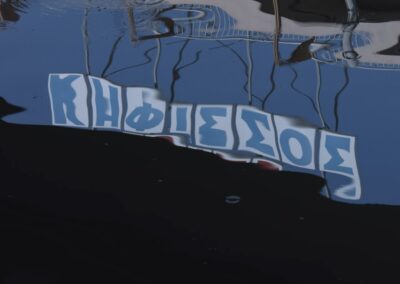 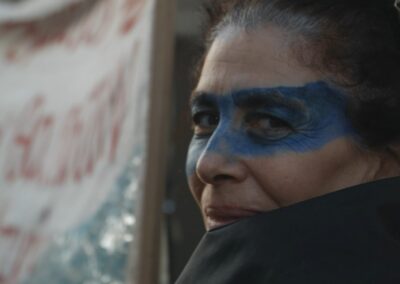 The film begins with a group of speleologists investigating the encased section of the river Pikrodafni in the area of Ilioupolis in December of 2018. Pikrodafni is one of the last remaining streams in Attica that still largely maintains its natural form. Dimitris, a member of the group “Geomythic”, together with members of other speleologist societies is trying to verify the existing demarcation of the stream as recorded by the administrative region of Attica. Noone trusts anyone. The group is in for a surprise as right before the end of their underground exploration tour, they come upon an obstacle from the past.

Athens 17th January 2019 in Syngrou Avenue. Outside the administrative offices of Attica a demonstration is being held against the interventions that target the streams of Attica as planned by the Ministry of Environment. The protagonist is Evangelia, a member of the Civil Movement of Ilioupolis. After leaving the offices, the protesters continue their action with a symbolic walk along the tram rails in Kallirois Street, where the long-buried river of Illisos still flows underground.

A year earlier, in an attempt to escape from beneath the city’s concrete, Ilissos caused the road pavement above it to cave in, dragging at least three cars in its wake. Now, the prospect of uncovering and restoring the buried river has been brought to the surface, once again emphasizing the need for a different approach and management of urban rivers and streams.

In between the visible and invisible world, Pikrodafni, so generously sharing its remaining natural beauty, and Ilissos, eroding the soils of the city underground, prompt the need to find a viable solution. The efforts made by associations today to protect the streams are a continuation of the ones begun by unknown to us citizens years ago, and are of vital importance to those who will follow.